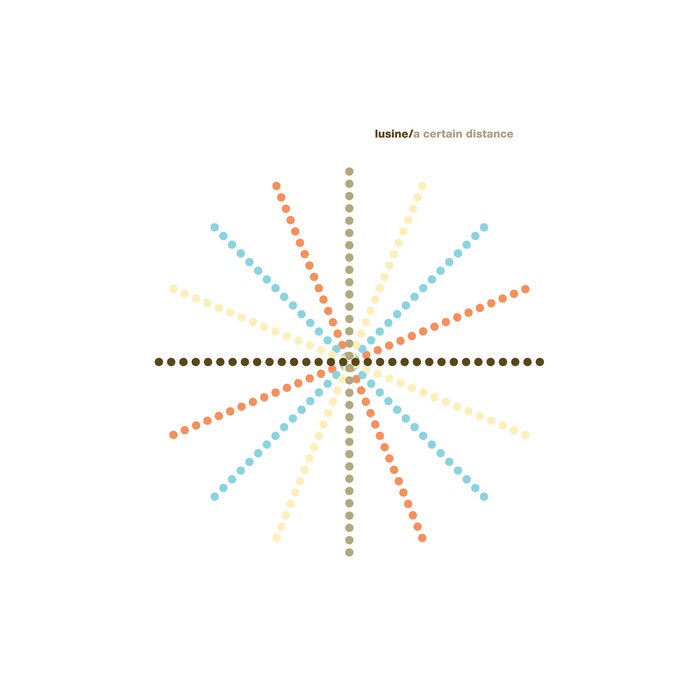 Not a Real Name John

For years, Jeff McIlwain has been recording music as Lusine that expertly straddles the electronic/pop divide; with A Certain Distance, McIlwain cracks open his productions to reveal the beauty lurking within. A Certain Distance sees McIlwain employing human vocals and pop structures, hooks and melodies in the service of something warmer and more welcoming than the Lusine of old. Mapping human emotions via technology may be an insurmountable task, but A Certain Distance brings McIlwain closer than most to achieving the impossible.

McIlwain has been gradually building his Lusine persona from the jagged majesty of 2005's Ghostly debut Serial Hodgepodge through the drifting atmospheres of 2007's Language Barrier (on Hymen Records). Now, with A Certain Distance, Lusine has finally arrived, synthesizing decades of electronic music both popular and experimental into a sophisticated, catchy, and danceable sound unlike anything else. Lassoing bits of downtempo and ambient, pop melodies and leftfield noise, and a smattering of techno and house both minimal and maximal, A Certain Distance is ultimately a work of singular beauty by an artist in full command of his craft.

Each track on A Certain Distance is a world unto itself, as McIlwain's careful touch lends the album a depth that goes on for days. "Two Dots," the album's lush first single, features vocals by Vilja Larjosto sliced up into a slinky, paranoid downtempo number; "Baffle" creeps like a well-dressed stalker as slivers of clean-toned guitar dance around a static-y beat; "Every Disguise" and "Crowded Room" are the record's most dancefloor-friendly tracks, the former trafficking in jaunty, humid funk, and the latter grafting Detroit-style chords onto airy, weightless rhythm that seems to hover inches above the ground.

On A Certain Distance, Jeff McIlwain dives deep into his technological array and comes up with something breathtakingly complex and, yes, emotional. The record unfolds like electronic-pop fractal--each detail, upon closer examination, reveals a lovingly constructed world of details within details, multiplying and dividing, extending into infinity.