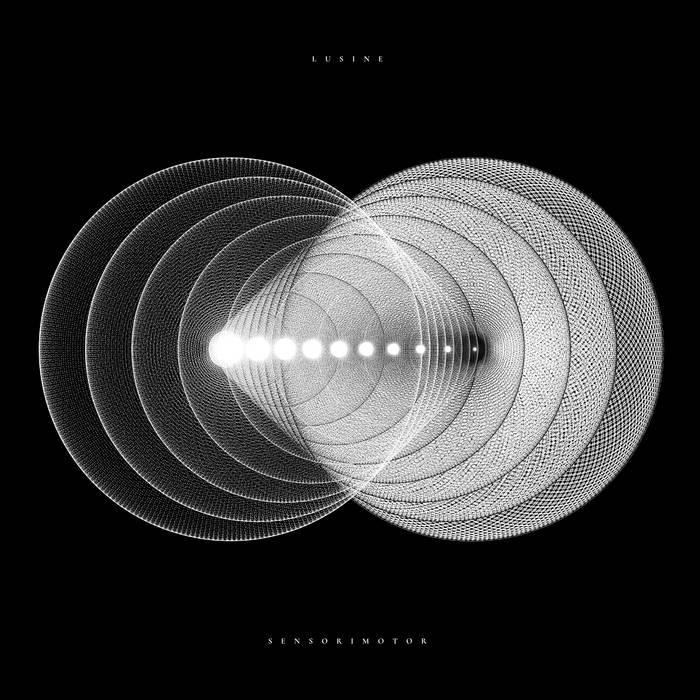 Ed Grimley The vocal effects in this track will infect you like a hemorrhagic virus. Favorite track: Witness (feat. Benoît Pioulard).

From his early releases as Lusine onward, Jeff McIlwain’s electronic explorations make up one of the more diverse discographies of the past decade and a half. Effortlessly blurring the lines between techno, electro-pop and experimental composition, the Texas-raised/Seattle-based producer’s arrangements are meticulously constructed, but also filled with emotion and soul. With an introspective turn that’s hinted at in the record title, Lusine’s fourth album for Ghostly sees McIlwain diffusing the pop-leanings of 2013’s The Waiting Room with opaque, brush-stroked melodies washing over these new buoyant productions.

“I suppose the concept behind Sensorimotor pulls from a special kind of double meaning of the word,” McIlwain reveals. “The literal, to me, is the integration of your senses with actions, like with birds and how they move so fluidly in flocks. It’s just fascinating how their brains are able to comprehend such quick actions collectively at once.”

“The symbolic is a bit harder to put into words,” he adds. “I guess it’s just the concept of figuring out how much control you have over your artistic output—what types of restrictions you should place on it versus how much of it just involves instinct and intuitiveness.”

Indeed, Sensorimotor is a visceral album, with gorgeous opener “Canopy” slowly building into an empyrean cloud of music box chimes and an amorphous thrum. The following “Ticking Hands” is just as beguiling yet also more formed, with the processed melancholy vocals of McIlwain and his wife Sarah filtered into a chilling lament that unfolds over the song’s light skitters and Kraftwerkian pulse.

“Sarah and I wrote this song (“Ticking Hands”) as a kind of catharsis for the time we spend apart when I’m touring,” McIlwain explains. “It’s about the idea of being somewhere and wishing your other half was there to experience those moments.”

Sensorimotor finds other past Lusine collaborators returning as well, with longtime friend Benoît Pioulard’s narcotic croon looped into a swirling arpeggio during “Witness.” Vilja Larjosto also makes two appearances, with her sun-kissed vocal melodies spliced and splayed across the steady pulsing bass and fluorescent synth pads of “Just a Cloud,” and later on “Won’t Forget,” delivering a breathy processed melody atop a jaunty shuffle of cut-up woodwind instruments and keys.

Working with an arsenal that includes an MPC1000, a borrowed Prophet 5, hand percussion, glockenspiel, as well as field recordings and samples of live instruments, McIlwain’s productions often merge the digital world with the real world. Yet from the fluttering Terry Riley-esque samples of woodwinds in “Chatter” to the epic, widescreen synths of “The Lift,” Sensorimotor is surprisingly cohesive throughout. Its ebb and flow forms a musical narrative that’s as much a Lusine album as it is a soundtrack for the listener’s own imagination.